Did you turn on a VPN this morning and then start Local? Sometimes that can cause issues with VirtualBox/Docker.

I did though I do that every morning and has never been an issue before. I saw that suggestion on other threads so after rebooting I tried launching without the vpn several times. I haven’t had the VPN on since and still no luck.

For what it’s worth, Local is automatically attempting that regenerate-certs command.

I found a way to reproduce the symptoms you’re running into. I’m currently working on an solution I can pass back to you

Awesome I can’t thank you enough Clay, I’m deploying a client site soon so your speed at getting back to me will keep me from hitting a wall. Much appreciated.

Okay, let me know how this works for you:

Thanks so much that did the trick! Is there a way I can prevent this from happening again?

Thanks so much that did the trick!

Is there a way I can prevent this from happening again?

I’m not sure at the moment but if I find out more we’ll most likely build preventative measures into Local itself.

I am experiencing this same problem. I tried the recommended steps above without luck.

One thing I’ve noticed while Local is cycling through the Regenerating Docker Machine TLS Certificates message, the certs are being created in my Local vm directory, then being recreated again and again. It’s like Local is stuck in a loop.

I have a dozen dev sites installed on Local and need to regain access. Any help is greatly appreciated.

For some reason, I wasn’t able to alias the docker-machine command. However, I was able to run the second set of commands by changing “local-docker-machine” to “docker-machine”. And now Local is starting without looping on certificate regeneration.

Still having this issue, even with the couple fixes mentioned here. Trying to reinstall I’m also getting the error. Is there a new version of Local forthcoming?

Followed instructions here. Nothing changed, still getting the same message. Any ideas?

Thank you! This worked for me as well. I’m not sure if it’s relevant, but I had Docker installed prior to installing Local and while running Local I also run two docker containers for my development project via docker-compose. But this is probably not an issue… Anyway here’s the screenshot with Terminal output of the steps described above that solved the issue. Warning - it takes really long time for the second command to finish! 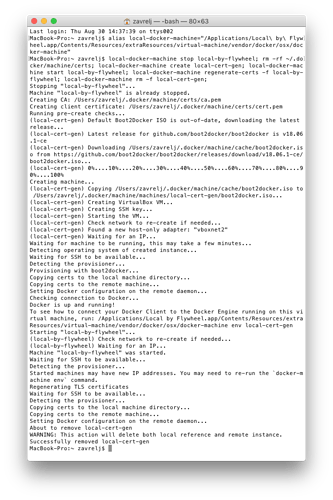 I also had the same issue here. I followed the above guide but it didn’t work.

When I ran the step 3 command alias local-docker-machine="/Applications/Local\ by\ Flywheel.app/Contents/Resources/extraResources/virtual-machine/vendor/docker/osx/docker-machine" nothing is changed,

Then ran the step 4 command it was not working (“No such file or directory”) So I replace the command “local-docker” to just “docker” following the other’s approach. 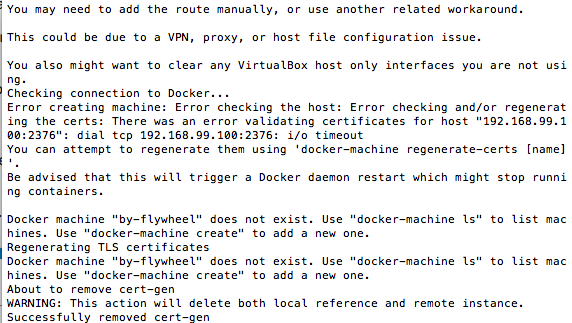 But even after this,

Should I reinstall the Local by Flywheel? At first when I installed this program I also had the issue for the 2nd bar part (I can not remember what it was exactly)

After this “There was an error validating certificates for host” error, I just kept going but it was never ended for the 2nd bar part.
So I googled and the answer was just turning off the local by flywheel in the virtualbox and restart the local by flywheel. So I did then the issue for the “Regenerating Machine Certificates” is newly detected.

I solved this after uninstalling the local and install again.
Maybe I had the issue when installing this.

I refer to the below link to uninstall the local. 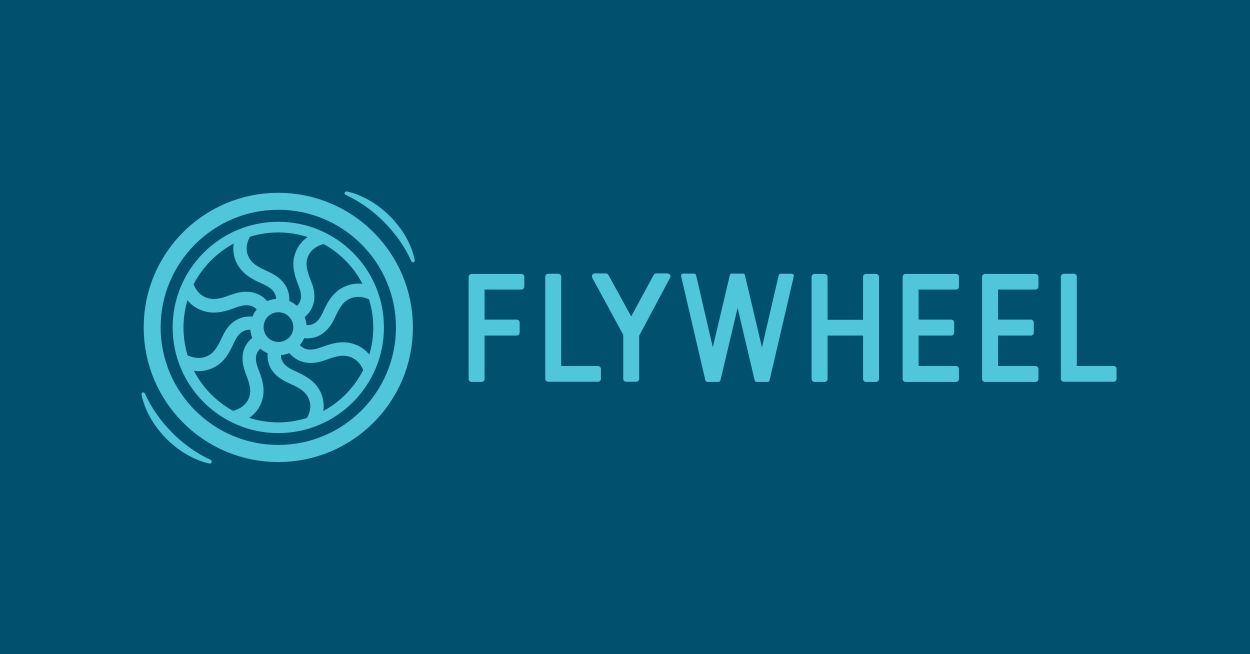 How do I uninstall Local on macOS?

Flywheel offers expert WordPress support at no charge. We also have a lot of answers to common questions. Dive into our help section for easy answers.

This is the at least the 2nd and probably 3rd time this app has broken after an update and resulted in several wasted hours of useless troubleshooting. At first I was getting endless notifications about invalid TLS certificates and how Local was fixing them. Those never stopped. I followed the advice here and had the same result (“alias” command didn’t do anything). Occasionally the app would seem to load and be ready for me to start a site, but every time I clicked on a site’s title, it would say it couldn’t find the site ID. Now I get a message saying, “Uh Oh! We ran into a hiccup when trying to start the Local Machine. Unable to verify the Docker daemon is listening: Maximum number of retries (10) exceeded”

I wanted to say that this solution did seem to work for me on macOS. (The “alias” command only creates a shortcut name for several commands to the docker-machine…) If this is still a problem, give the procedure a try again.

I am delighted to say that the procedure you detail below worked for me on my macOS laptop. I have documented this in my blog and also added a pointer to the solution into several of the other recent reports in the forum. @ben.turner @clay - since this appears to happen frequently, could you find a way to: Document the problem and solution more clearly, so that people searching for it can find a definitive answer. Look for a way that Local by Flywheel can detect this situation and correct …

I don’t know why it is so darn difficult to get Local by Flywheel to work. I am on MacOS X with the latest version of LbyF, the latest VirtualBox and the latest Docker. I have uninstalled and reinstalled several times. I deleted the VM and got LbyF to at least start to do things. However, it gets to about 75% of the Host Machine setup step and dies with:

I tried to regenerate certificates:

Too many retries waiting for SSH to be available. Last error: Maximum number of retries (60) exceeded