Let me start off by saying I have always loved the Flywheel/Local design style.

However when I saw the new MacOS Mojave inspired chiclet icon, I was a bit put off. It doesn’t follow any of the design rules that Apple has put out for these icons.

Could we take another stab at this icon so it fits better among the others in the dock? Attached is what I think would look more appropriate. 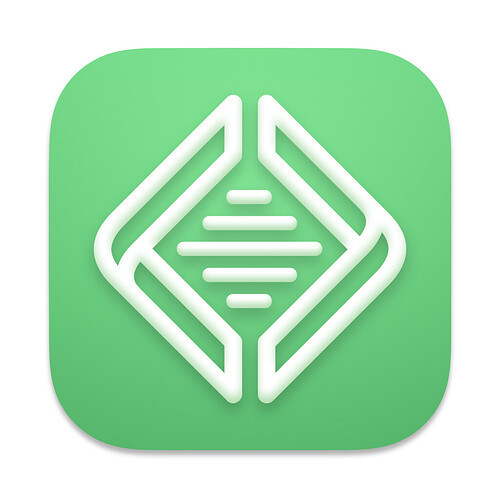 Thanks so much for this feedback! Could you fill me in on why you think your icon follows the guidelines more? Not challenging. Just would like to understand what you are noticing. Thanks!

Sure I can give it a go. Not saying the example I provided is the best route to take, but it was more of a suggestion for how to get it closer to the recommended specs.

Above is a screenshot of the current icon in the dock. Most icons with a colored background utilize a gradient that spans the entire height of the icon. In Local’s case, the gradient is more of a bevel that applies extra light to the top and shadow to the bottom. This bottom shadow conflicts with the default drop shadow used in Apple’s design template (Apple Design Resources - Apple Developer) causing the icon to appear visually shorter than the icons around it. 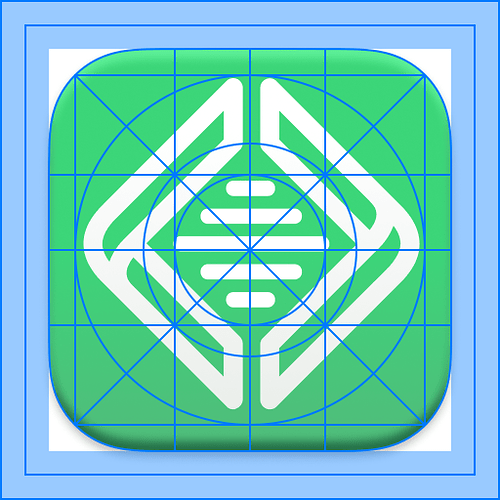 Lastly, the current icon glyph isn’t centered within the bounding box. Close, but just a smidge off.

I feel like I’m ranting, but wanted to try and validate my pickiness I was experiencing when I first wrote this post

Thanks for taking the time to reply!

Great points! Gonna look at it again. I did notice now that Apple says to submit it full bleed and they handle the rounded corners. The centering was an attempt at visually centering not necessarily mathematically centered. I notice that Slack is pretty flat so I don’t know that we need to adjust that. But overall. I really appreciate the feedback and I will take another look. Thanks for calling attention to it! Appreciate ya.