Hi ,i have this problem ,with this error
Uh-Oh ! Unable to provision site. 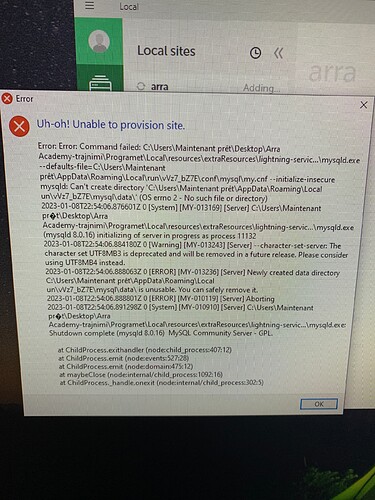 Do you have any antivirus, security, or firewall applications that could be blocking Local?

No i don’t have any anti virus,and yes i have wondows firewall but i have allowed Local wp

Hi @armenduksmajli - welcome to the community & thank you for the question!

I see you let Nick know you allowed Local wp on your computer, have you taken a look at this forum thread about antivirus / firewall?

Help! I'm running into an EPERM error with the hosts file on Windows FAQ

Let me know if this helps, 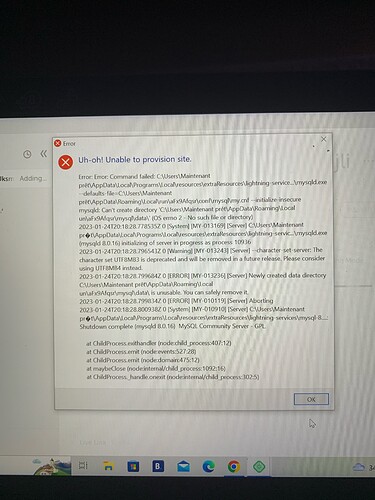 I suspect your Windows username might be the issue here.

Moderator Note: Known Bug Summary Thank you everyone who has chimed in and helps clarify this issue! The general problem is that when a Windows Username includes special characters (so an apostrophe ' or a non-ASCII character like é) it can break the commands Local uses to communicate with the MySQL database. Usernames that have an apostrophe in them should be fixed, so update to the most recent version of Local if the username has an apostrophe in it. Read on for what you can do if the usern…

i cant find my problem with this answer

Based on what is covered in that thread, if your Windows username is “Maintenant prêt” per your screenshot, the second last character may be the cause of the issue that you’re running into with Local. 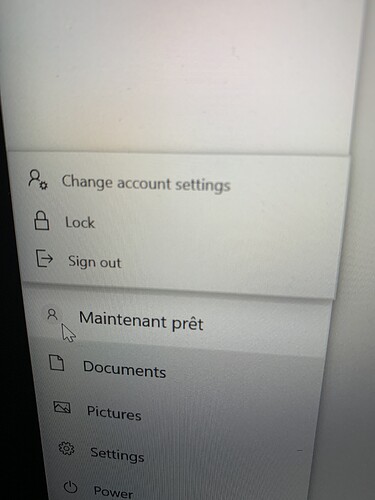 I change my user name but in the error i can see “maintetat prêt” back what can i do more ,seriosly i dont know how to fix it ,with this problem im in my laptop sinc 6pm and nothing its done ! 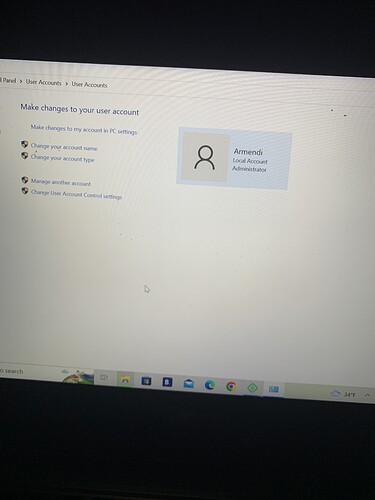 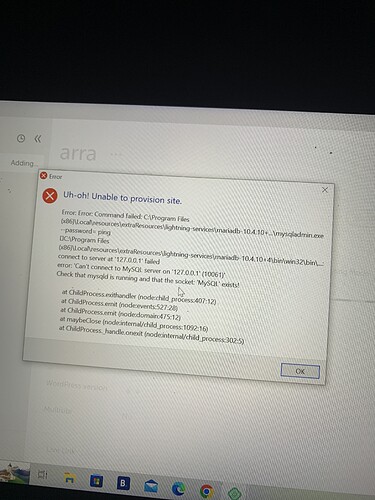 If you look in that thread, the issue derives from the user directory name, which is based on the username. You said that you changed the username, but in each of the screenshots, the directory name still contains the extended character (C:\Users\Maintetat prêt). Changing that directory name could have unintended consequences as other software is dependent upon it, so be very careful doing so. The thread has suggestions from people who have addressed the issue: Unable to provision site due to special characters in Windows username - #52 by dev_dignamik

You could also try changing the Sites Path in the Local settings to a directory that doesn’t contain an extended character. Unable to provision site due to special characters in Windows username - #37 by ben.turner

I’m not a support agent here, just another Local user. I haven’t had this issue, so everything I’m saying is repeated from the thread that I linked to.